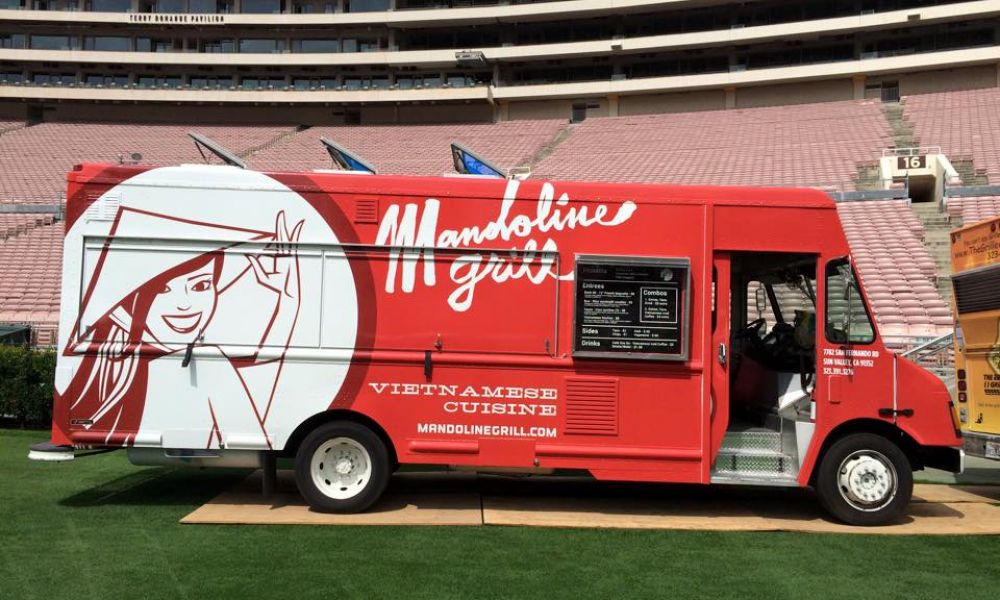 Owner Mong Skillman grew up eating traditional bánh mì sandwiches and bowls of bún thịt nướng, both as a daughter and regular customer at her mother’s Vietnamese restaurant in Honolulu’s Chinatown. Believing that her mother’s cuisine was far too flavorful to be kept an island secret, she left her day job in LA in 2007, and returned to Hawaii to study in her mother’s kitchen, determined to bring her family’s light, bright and savory dishes to the masses.

With no written recipes, Mong shadowed her mother, learning to taste by palate and taking vigorous notes that she brought back to LA to tweak, refine and make her own. A couple years later, she had come up with a menu that incorporated her mother’s culinary essence, while using less oil, little fat and absolutely no MSG.

Then she gave herself the ultimate challenge: making tasty options that were 100% vegan…even the “fish” sauce.

In the fall of 2009, Mandoline Grill launched at the Verdugo Bar in Glassell Park. For these first few months, Mong supplied her own fryers, toaster oven, and coolers, basically throwing a backyard cookout at the beloved Eastside bar. As support grew, Mong started riding shotgun and working shifts on the Dosa Truck, just to get a hang of the food truck life before hitting the streets in her own truck this past February 2010.

Now Mong has the privilege of introducing her mother’s inspirational flavors to LA (and beyond!) as she drives the Mandoline Grill truck from Orange County to Echo Park to Santa Monica, offering fresh, crisp vegan and carnivore-friendly bánh mì sandwiches, and of course, her mother’s famous bún thịt nướng noodle bowls.

This form will be distributed to all the FTC food trucks in Los Angeles and Food Truck Connector.