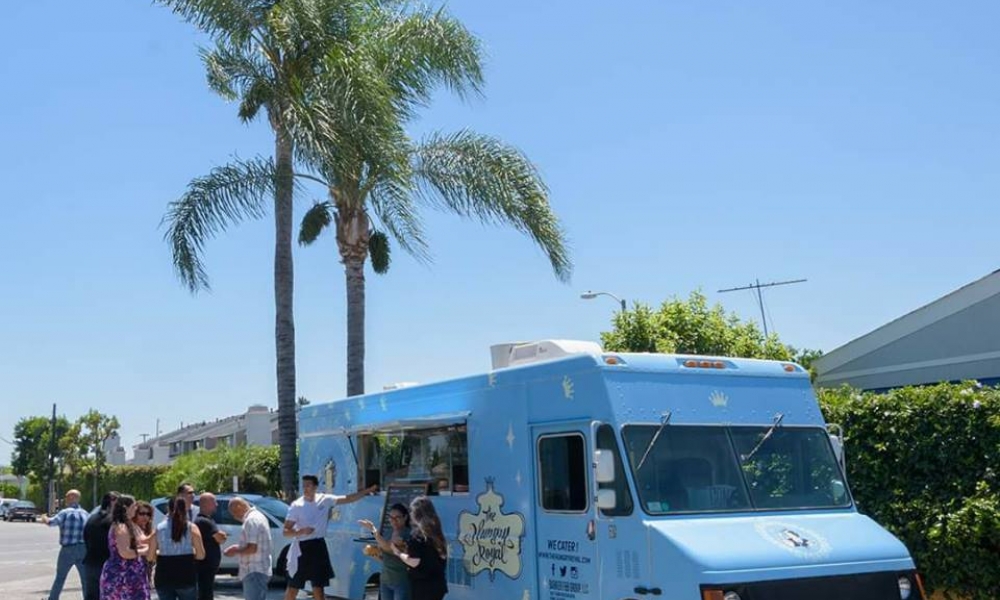 Not many people relocate 5,400 miles from their home to run a food truck but that is exactly what Chef George did when he packed his bags in London to open The Hungry Royal in Southern California. Chef George and Her Royal Majesty bring a unique blend of British and international food that is inspired by years of traveling and his roots in Blightly London Town.


The Hungry Royal is serving up food that has never been seen before on the West Coast, British classic dishes such as Fish Fingers and tartar sauce with chili & miso mayo and a rainbow slaw or their famous Scotch Eggs, soft boiled oozy egg wrapped in sausage meat and panko breadcrumbs then fried till golden, served with their homemade aioli and chili jam.


Be sure to say hello to George, meet the Queen and whilst you're at it, pick up some of the tastiest food coming out of SOCAL.

Sorry. We don't have the menu for Hungry Royal.