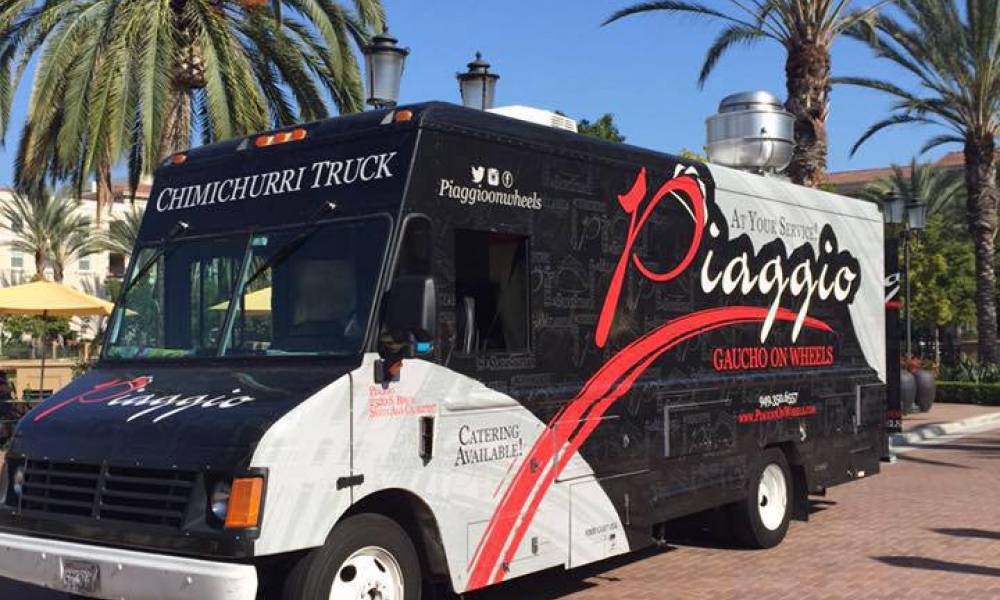 About Piaggio on Wheels

The original Orange County Argentine food truck. Since November 2009 Piaggio’s Chimichurri Truck has been serving empanadas, skirt steak tacos, chimichurri, sausage and milanesa sandwiches, skirt steak and chimi fries, and dulce de leche to the public.
ABOUT PIAGGIO
It started with the empanada…
Piaggio has been making his signature Argentine empanada for almost 30 years. His savory recipe has travelled from his native Argentina to his restaurants in Brazil and California, and is now the iconic item of his food truck.
During his years in Brazil Piaggio developed a tropical beat. But he remained a gaucho at heart, and there he perfected the meat grilling techniques that are his trademark.
How it all evolved into a taco truck…
Piaggio thrives in fusing his Argentine roots with the food culture of his adopted land. With Piaggio Gaucho on Wheels, he has taken the three main taste sensations from Argentina (the empanada, skirt steak and chimichurri), combined them with his expertise in cooking meats, and then blended all with the taco culture of California.
The result is that Piaggio on Wheels is delighting fans with taco, burrito and quesadilla creations, as well as introducing them to the lomito sandwich, the choripan made with traditional Argentine sausage, the chicken milanesa sandwich (voted best milanesa sandwich in O.C. by OC Weekly)*, his ever-so popular version of pulled pork, and the addicting chimichurri sauce.
Piaggio can be found in Orange County or LA County doing what he loves best, living his motto: “At your service!”

Sorry. We don't have the menu for Piaggio on Wheels.