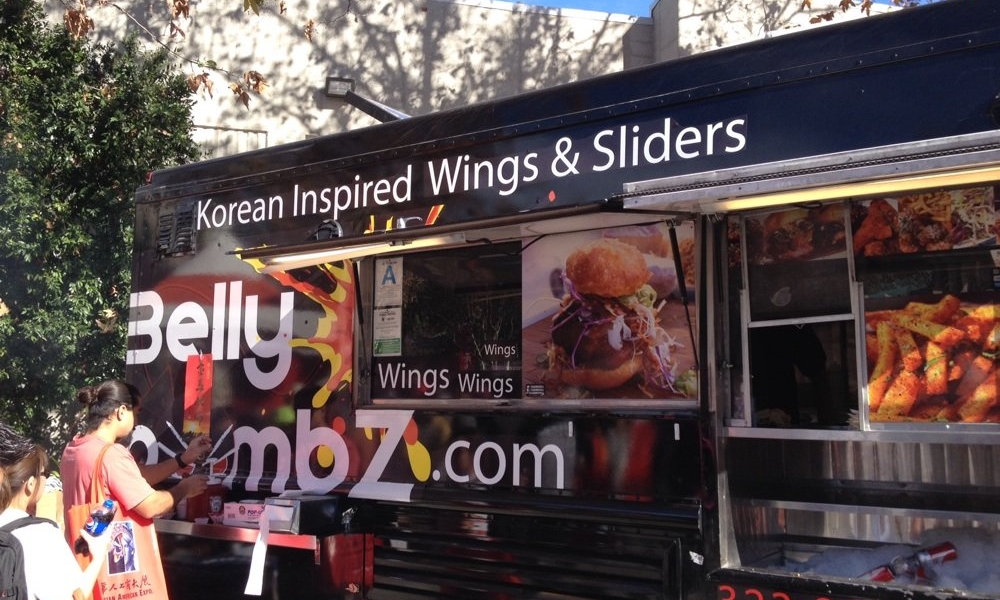 The concept for Belly BombZ was founded in early 2012 by chef/owner Albert Shim as a food stand at a local Long Beach farmer's market. It only operated on Sundays, where random market goers eventually became weekend regulars. Words of encouragement from those regulars is what inspired Belly BombZ to expand to the food truck that it is today.

Albert has been in the culinary field for nearly a decade working in the culinary undergrounds of various catering companies, as well as fine dining restaurants around Orange County and Los Angeles. Albert's Korean roots combined with his classical French training is what drives the backbone concept of the menu.