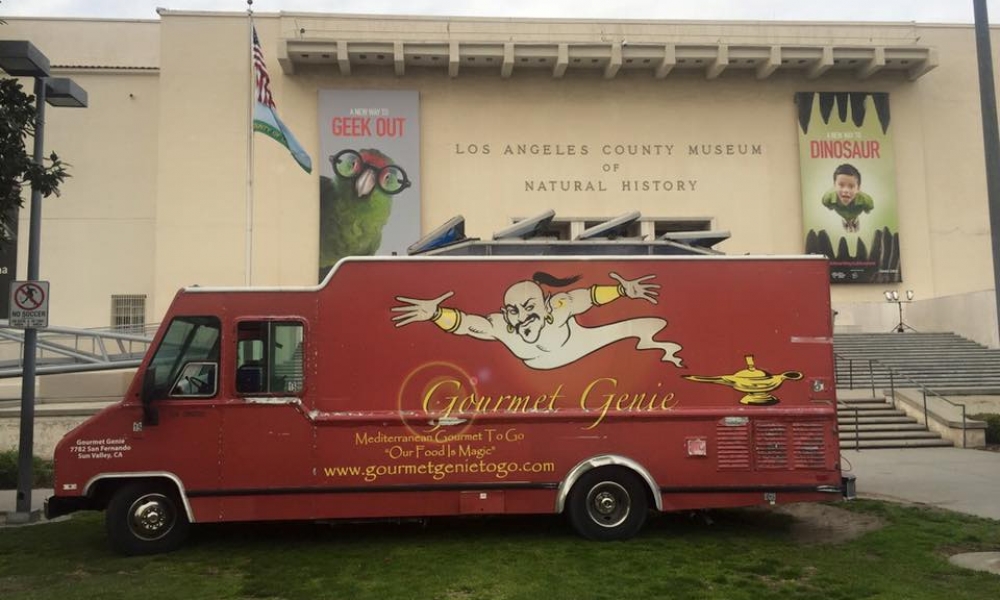 True to his roots and inspired by this culinary legacy, Max Elias launched his newest venture, the Gourmet Genie food truck, in March 2010. The fast-paced family business was contrived as a way to conduct market research but the early response of food bloggers and would-be critics alike convinced him to press on as a street food vendor. Oftentimes working seven days a week, Max sells his healthy creations either street-side or by invitation at events and festivals around Los Angeles County. The Gourmet Genie’s wholesome Mediterranean fare is halal, kosher and organic, and includes such staples as hummus and couscous but is probably most popular for the gourmet fusion tacos and pita wrap sandwiches.


The humble, hard-working Chef frequently volunteers and serves as a consultant, loves spending time with his family and makes his home in Los Angeles with his wife, Laura.

Sorry. We don't have the menu for Gourmet Genie.