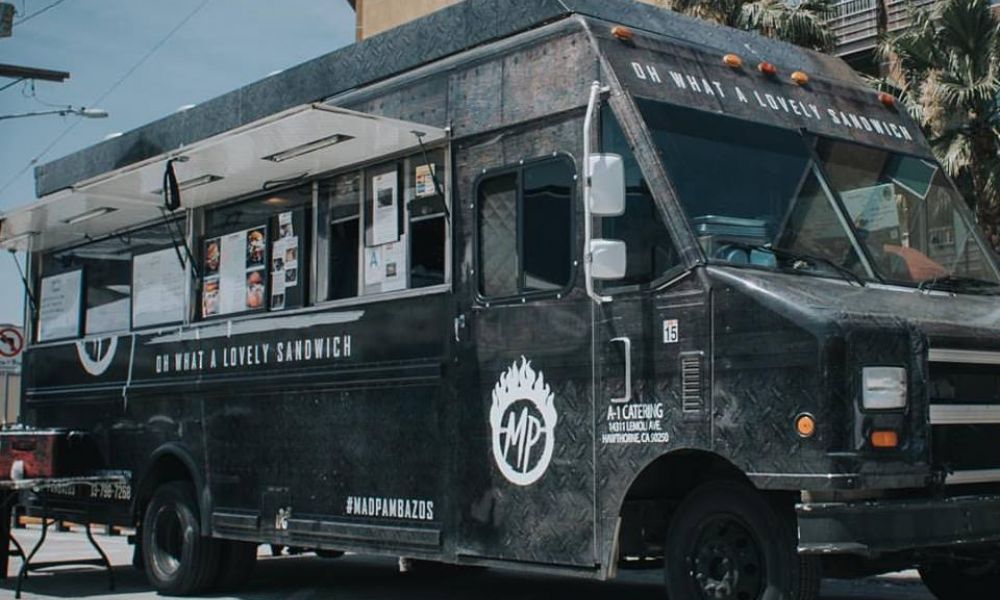 Life fades. Vision dims. All that remains are memories. I remember a time of chaos, ruined dreams, this wasted land. But most of all, I remember the sandwich, the sandwich we called the Pambazo. To understand what it was we have to go back to the other time, when the world was powered by the Pambazo and the desert sprouted great food trucks selling them — gone now, swept away. For reasons long forgotten two mighty warrior tribes went to war and touched off a blaze over the Pambazo which engulfed them all. Without the Pambazo they were nothing. It was like water, they could not survive without it. They'd built an army of trucks selling the addictive Pambazo. But the thundering machines sputtered and stopped. Their leaders talked and talked and talked, but nothing could stem the avalanche. Their world crumbled. Trucks exploded — a whirlwind of looting, a firestorm of fear. The Pambazos mutated from the fallout. The Pambazos began to feed on men.
On the roads it was a white-line nightmare. Only those mobile enough to scavenge, brutal enough to fight the Pambazo would survive. The Pambazo took over the highways, ready to wage war for a tank of chili juice to rehydrate its bread, and in this maelstrom of decay ordinary trucks were battered and smashed — trucks like Mad Pambazos. In the roar of an engine, it lost everything and became a shell of a truck, a burnt-out desolate truck, a truck haunted by the demons of his past, a truck who wandered out into the wasteland and destroyed by what it loves most. But it was here, in Los Angeles, in this blighted place, the Mad Pambazos truck lived again.

Sorry. We don't have the menu for Mad Pambazos.